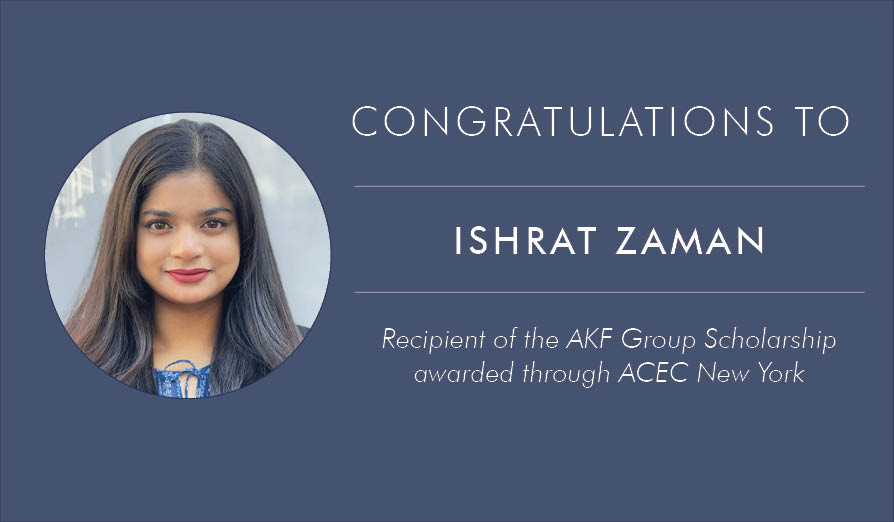 Congratulations to Ishrat Zaman, recipient of the AKF Group Scholarship awarded through ACEC NY! Ishrat is an Electrical Engineering student at The City University of New York (CUNY).

A native of Bangladesh, Ishrat was discouraged from pursuing STEM interests as a young girl. Defying expectations, she found a new opportunity in the U.S. to pursue her love of science, leading to a career in electrical engineering. Ishrat is excited to leverage new methods of design in her future career, such as holographic visualization, which will open new possibilities for cost-efficient and sustainable design.

We're excited to see what the future holds for Ishrat!